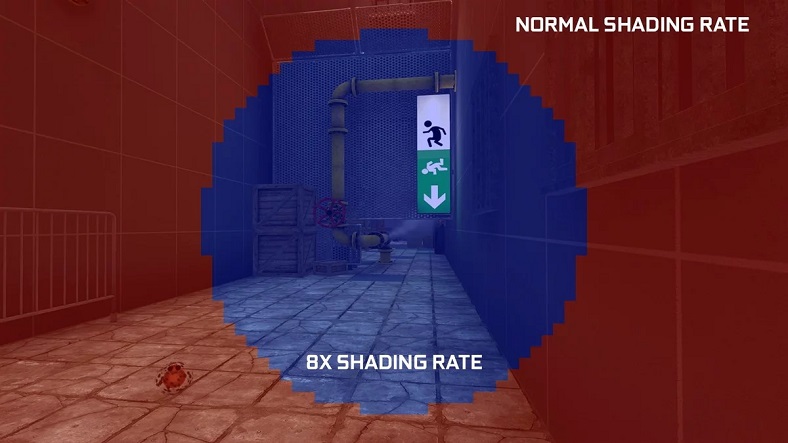 With VRSS, graphics are created at a much higher resolution and intelligent supersampling is used to improve overall image quality. VRSS, similar to Nvidia's Deep Learning Super-Sampling (DLSS) technology, uses artificial intelligence to choose which part of the image to super-sampling depending on what players are looking at, and does not apply processing to the other part of the image.

So VRSS make up the center of the image at a higher resolution, as shown below. This allows for more image quality without affecting performance too much.

VRSS greatly improves the quality of VR games, as users View VR games through lenses in glasses. Thus, VRSS can increase resolution in the center of the image that players are looking directly at. What sets VRSS apart from other super-sampling technologies, such as Oculus ' Fixed Foveated Rendering feature, is that the center of the image can increase its resolution by up to eight times and not touch other regions to not affect performance.

There is no need for developers to do anything to bring VRSS support into play, and so the list will soon grow rapidly. To use VRSS, players can turn on the 'Virtual Reality - Variable Speed Super Sampling' setting from the managing 3D Settings section in the Nvidia Control Panel.